This is the fourth and final book in the fabulous DANNY BEST series written by Jen Storer.    WATCH THIS! A collection of awesomne new stories from the genius who always, without fail, brings you THE BEST stories!

Including: The boy with the musical bum.      Rampaging dead dinosaurs.   Freaked-out ninjas in outer space....and SOOOO much more!  www.abcbooks.com.au 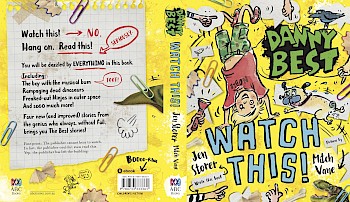 The Poppa Platoon are on their most terrifying mission yet. Somehow they must get to Level 3 of the shopping mall for Abbie's FLUFFY FURRY FUZZY FRIENDSHIP-BEAR BIRTHDAY PARTY. But will they be trampled by Walking Dead Teen-Texters? Will Major Poppa survive a Ballistic Blueberry Smoothie Attack? will Abbie rescue Private Rabbit and get everyone to safety? Or...are the Platoon doomed to fail????? Enjoy this third nail-biting adventure in the POPPA PLATOON series 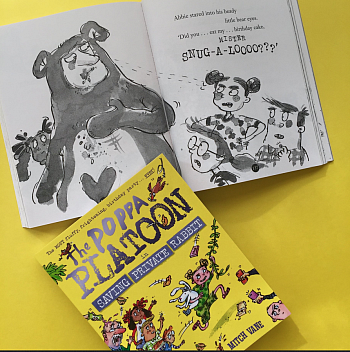 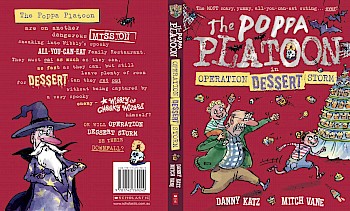 THE POPPA PLATOON in World War Chew is the latest book by  Danny Katz and Mitch Vane - the author illustrator team that brought you the much loved LITTLE LUNCH series.

Major Poppa, Abbie, and her little brother Flynn are THE POPPA PLATOON. And they are on a mission at the Royal Show.  They must enter the terrifying SHOWBAG PAVILION and fight their way through the crowds, defeating powerful enemies on the way, to buy a CHUNKY CHOCO CHERRY CHEW showbag. And all in time to catch the last bus home.

Will The Poppa Platoon win this battle? Will they make it out of there alive?....or is this a showbag TOO FAR????? 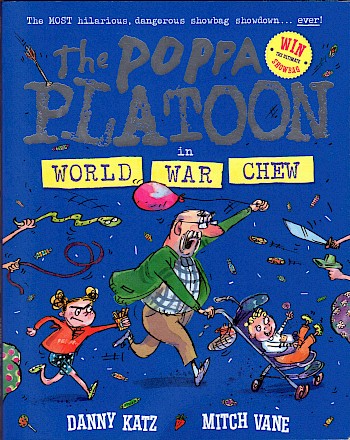 Our ( Last ) Trip to the market

Our ( Last ) Trip to the Market

A glorious exploration of family and fun - for everyone who has ever taken a mob of unruly kids to a crowded place! This boisterous family excursion is full of warmth, humour and delicious mischief.

What a fabulous morning to go to the market. That busker is dressed as a clown! And there's fruit and a baker. There are people on bikes. Annabelle, please put that down...

How much trouble ensues when YOU go for a trip to the market? 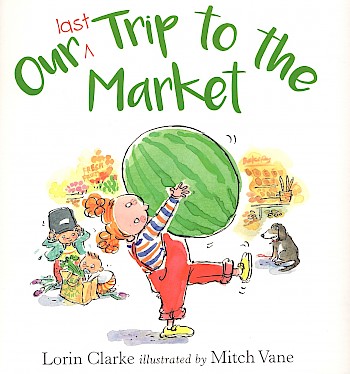 DANNY BEST is always first. ( legit ) First to wrestle a feral pig.  First to swim with crocodiles.  First to eat the eyeballs of dead yak!  If the challenge is EPIC, he'll be first.

Here is the third installment of Danny Best  - four new stories from everyone's favourite hero ( Danny Best wrote that bit )    Written by Jen Storer (Truly Tan series) and jam packed with stories, gags, illustrations and even a quizzes to see if you're paying attention. 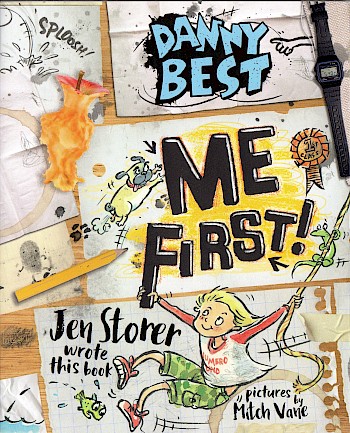 BEST by name. BEST by reputation.  Danny Best will say and do anything because Danny Best is NEVER WRONG! He makes the rules. He breaks the rules. Here is the second great installment of Danny Best, written by Jen Storer ( Truly Tan series ) and jam packed with stories, gags, illustrations and even a quizzes to see if you're paying attention. 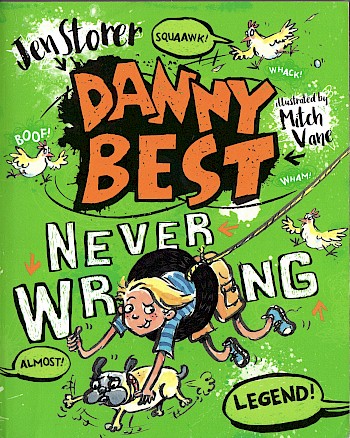 BEST by name. BEST by reputation.  Danny Best will say and do anything because Danny Best is FULL ON. He makes the rules. He breaks the rules. Here is the first installment of Danny Best, written by Jen Storer ( Truly Tan series ) and jam packed with stories, gags, illustrations and even a quizzes to see if you're paying attention. 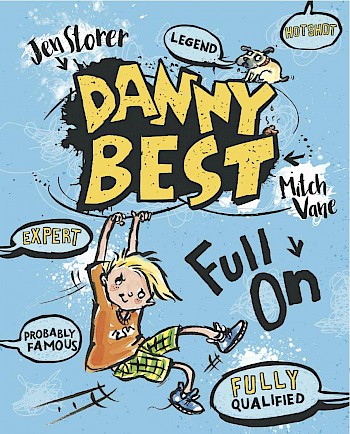 The Little Lunch Books have been given a makeover!!

The Little Lunch books have been given a facelift !

Including a brand new set of stories in The Off-Limits Fence.

Revisit your favourites and check out the new look, and the new book!!!! 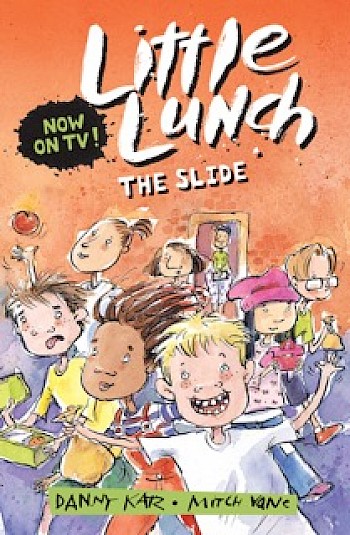 This is what happened during Little Lunch: Tamara tried to find a new walking buddy for the school walkathon, Rory decided he was going to be Prime Minister and the girls got into a big noisy argument and wound up locked inside the toilets.     A LOT can happen in fifteen minutes!    Three brand new stories fromt he Logie-award-winning TV series Little Lunch 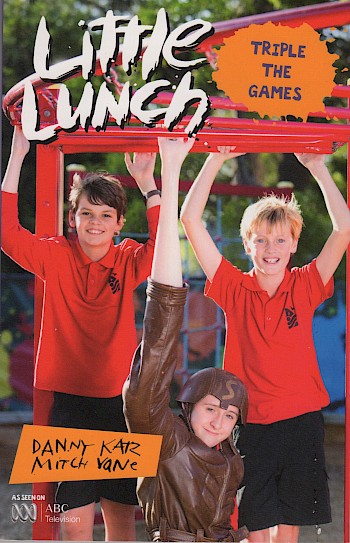 Rory forgot his playlunch and did something that shocked everyone, Battie freaked out because he thought he'd ruined Grandparents Day, and Melanie held a cake stall to help homeless puppies, but it didn't really help anyone!  A lot can happen in fifteen minutes. 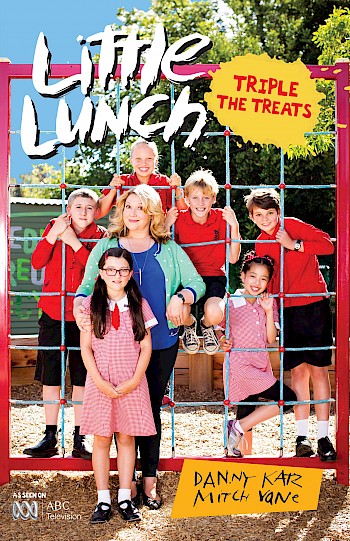 The old climbing tree was going to get cut down and Battie wasn't happy about it, Max and Elsa disappeared and everybody tried to solve the mystery, and a Grade Six girl asked Rory out. A lot can happen in fifteen minutes! 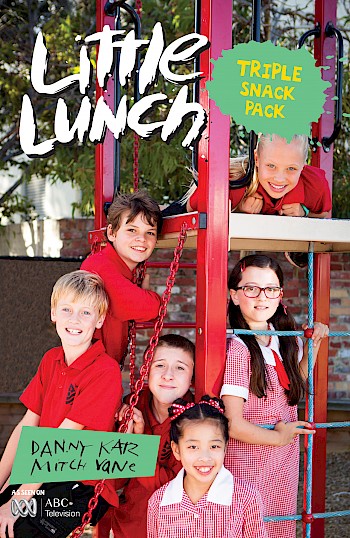 It’s every little girl’s dream to be a ballerina, right?

Well, not in the case of Belinda, the ninja ballerina. Belinda doesn't want to do ballet classes - she would take a headstand over
a pirouette any day. She wants to be a Ninja, not a ballerina, but nobody will listen .

Belinda is not one to give up easily and  her ballet teacher has to come up with a solution that will keep everybody happy. 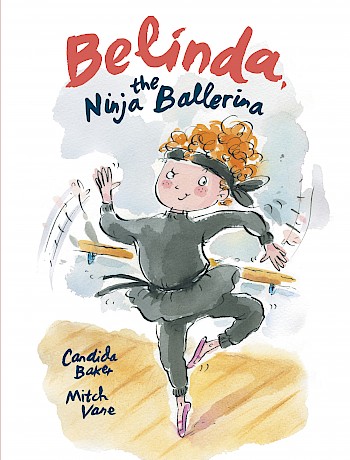 A Book About Scary

Everyone is scared of something. Snakes, clowns, balloons, moths, the hole in the bathtub that drinks up all the bath. Danny Katz and Mitch Vane have combined talents to write a very picture book about scary things.

A Book About Scary will show kids that it’s okay to be scared sometimes! 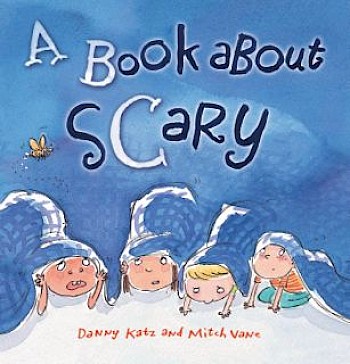 Are you sometimes bad, kids

Then read this, you'll be glad, kids

Make your mum and dad, kids,

happy that they HAD kids

A hilarious collection of wacky verses and funny images by Danny Katz and Mitch Vane, that will give young readers some clues about what happens when one behaves a little un-mannerly. 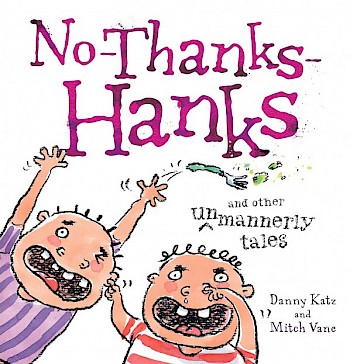 A lot can happen during the 15 minute morning recess break in the school yard. Danny Katz, author and Age columnist, has combined with Mitch Vane to create a series of cheeky, irreverent stories about a group of children and what they get up to at recess.

There are more adventures in the playground in a great new format, A Little Election  and The Little Lunch Games, 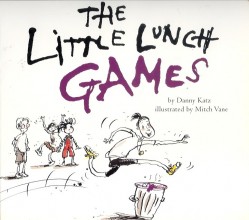 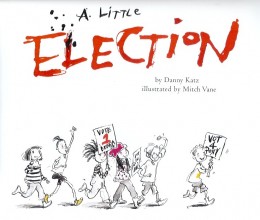 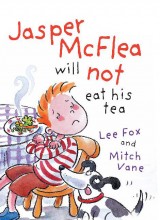 Jasper McFlea will not eat his tea 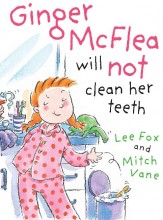 Ginger McFlea will not clean her teeth

"Ballerinas don't wear glasses," Becca cried. "and they especially do NOT wear patches!"

When Becca discovers she has Amblyopia (also called lazy eye) and has to wear an eye patch, she leads her classmates on imaginative adventures to explain her fabulous fashion choice. 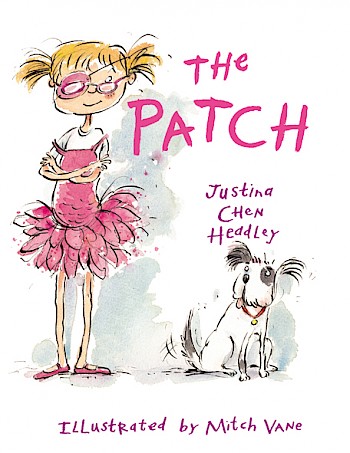 There are two in the bed...

tucked up cosily and peacefully in bed. 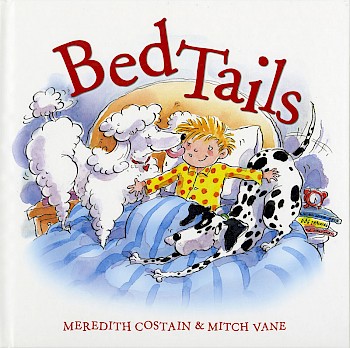 were typical BOYZ RULE boys when they were young...and did they have fun!

A great easy read for boys, with lots of extra fun stuff to do at the back of each book.

The Parents Are Revolting

end of trouble and plenty of adventures.

Scratch Kitten on the Pirate's Shoulder

Scratch Kitten and the Ragged Reef

Scratch Kitten and the Terrible Beasties

Maddy in the Middle